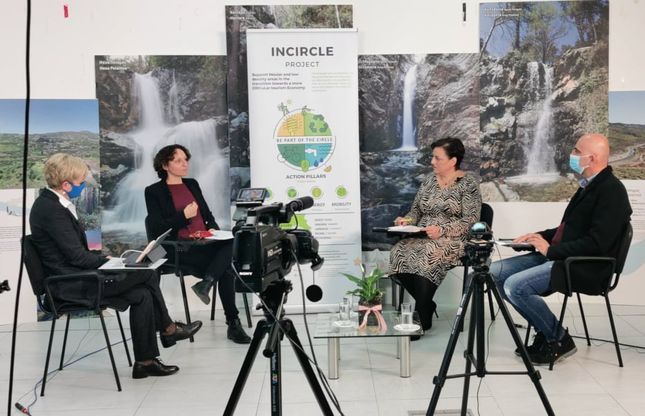 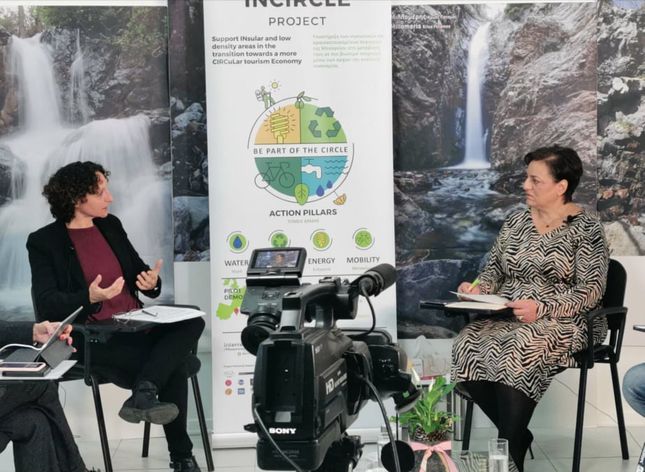 On 16 December, an online round table entitled "Circular economy – Challenges and Good Practices" was organized by Larnaca and Famagusta District Development Agency (ANETEL).

This Webinar is the starting point of a series of discussions to follow in the context of the INCIRCLE project.

The webinar was welcomed by the Lead partner of the project. The presentations started with Mr. Marios Efthymiou, representative of the Environment Commissioner's Office, who analyzed the overall picture of Circular Economy in Cyprus, then followed Dr. Eudokia Balamou, Operation Manager in Larnaca and Famagusta District Development Agency, who presented the INCIRCLE project and the work done so far. Finally, Mrs Pagona Liggou, Expert on CSR, presented good practices from Cyprus and abroad.  During the discussion, Mrs Christina Achilleos was given the opportunity, on behalf of the municipality of Larnaca (INCIRCLE partner), to present the results of local consultations, the pilot application and, in general, the vision of Larnaca municipality for circular economy. The discussion was coordinated by Anna Kosma responsible for the Environmental Center of Larnaka Mountainous Area. The second part of the webinar was questions which raised the issues and concerns regarding the implementation of Circular Economy in Cyprus, where we stand today and how businesses can integrate the circular economy culture into their strategy.

Three more webinars will follow aiming at mobilizing and facilitating the shift and transition to circular economy as a development model.

All news
Back to top